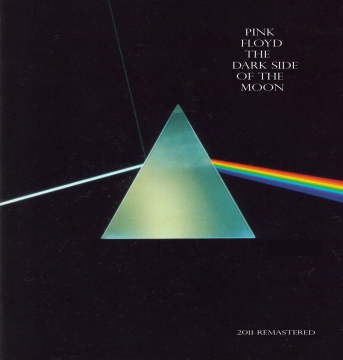 I am just a new boy, Stranger in this town.
Where are all the good times?
Who’s gonna show this stranger around?

There is no pain you are receding
A distant ship, smoke on the horizon.
You are only coming through in waves.
Your lips move but I can’t hear what you’re saying.

So ya, Thought ya, Might like to go to the show. To feel the warm thrill of confusion
That space cadet glow.

But it was only fantasy. The wall was too high,
As you can see. No matter how he tried,
He could not break free.

If you should go skating
On the thin ice of modern life
Dragging behind you the silent reproach
Of a million tear-stained eyes
Don’t be surprised when a crack in the ice
Appears under your feet.

You were caught on the crossfire
Of childhood and stardom,
Blown on the steel breeze.
Come on you target for faraway laughter,
Come on you stranger, you legend, you martyr, and shine!

So you run and you run to catch up with the sun but it’s sinking
Racing around to come up behind you again.
The sun is the same in a relative way but you’re older,
Shorter of breath and one day closer to death.

You can’t stop what has begun
Signed, sealed, they deliver oblivion
We all have a dark side, to say the least
And dealing in death is the nature of the beast

Etiquetas: A momentary lapse of reason, floyd, pink, Pink Floyd, The Dark side of the Moon, The Wall

Take the risk of thinking for yourself, much more happiness, truth, beauty, and wisdom will come to you that way

Create a new project from scala seed sbt new playframework/play-scala-seed.g8 Import in IntelliJ IDEA. Open build.sbt and add: Open conf/application.conf Add as following http://scalikejdbc.org/documentation/playframework-support.html In plugin.sbt add the following And enable the reverse plugin at build.sbt enablePlugins(ScalikejdbcPlugin) Create a configuration file in project/scalikejdbc.properties This configuration will allow us to create a model from existing db tables. […]